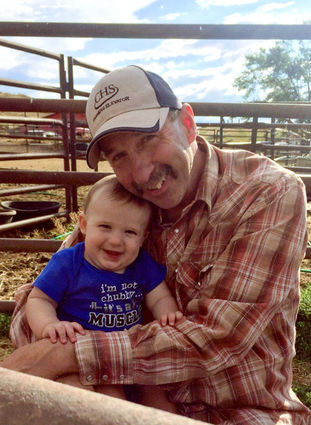 Russell (Rusty) Lee Stuart, 56, passed away at Holy Rosary Extended Care on November 24, 2017 surrounded by his family after an extended battle with cancer.

Rusty was born in Belle Fourche, South Dakota to Edward and Virginia (Melum) Stuart on January 22, 1961. After graduating from Belle Fourche High School, Rusty moved to Miles City, Montana to attend Miles Community College. At MCC he obtained an AA in Science while rodeoing for Ed Mayberry.

It was in Miles City that Rusty met Mickie Wash. On June 13, 1987 two became one and a 30 year journey began. To this union two children were bo...