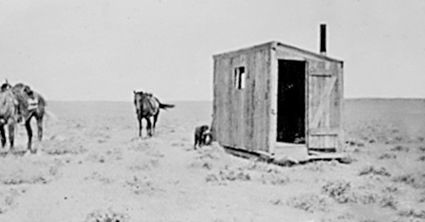 The homesteading era within the Sykes-Belltower area had six major drivers: 1) The Enlarged Homestead Act of 1909 increased the maximum number of acres for a homestead from 160 to 320 acres in order to attract settlers into more marginal lands. 2) The initial 1885 U.S. Government survey in present day Carter County only established approximate township boundaries. An official detailed land survey for most of Sykes-Belltower was not completed until 1909-10. This latter survey enab...