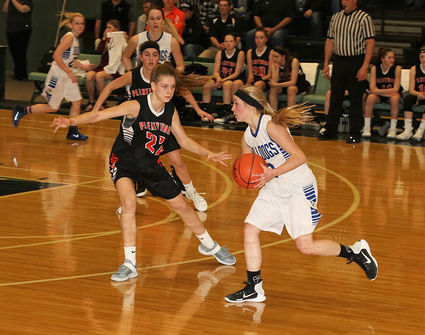 In their first game at the state tournament, CCHS was down only four points heading into the fourth quarter. It was late in the quarter when Plentywood was finally able to get some separation.

The Bulldogs had more turnovers and shot a worse percentage from the charity stripe. Whitney Kittelmann hit three shots from behind the arc in the contest. Hannah LaBree led in points with 11, and turnovers 7. CCHS battled, but the game got out of reach late as they lost, 45-54.