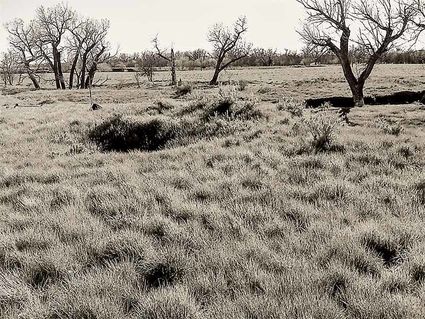 Figure 1. Original location of the Sykes Post Office and Store on the east side of Box Elder Creek in Sykes, MT

The U.S. Mail, its post offices, and its mail routes were paramount in an era when mail was the sole method of contact with the world external to one's immediate neighborhood. Likewise, community-based general stores were essential places where people could purchase critical supply items, sell their local farm products such as cream, eggs, poultry, and garden produce, and visit with people other than your own family members. Below is a summary of the different historical post offices and stores located within Sykes-Belltower.

The Custer County commissioners approved contracts in early 1910 for the construction of two metal bridges across Box Elder Creek. One bridge would be near the Mill Iron ranch. The other bridge would be near Senator Harrison Sykes' ranch and close to the new Sykes post office and store. Horace & Lela Hardy established the store in 1909 and added a small blacksmith shop and the post office in 1910. On April 11, 1910 Lela Hardy was appointed as the official U.S. postmaster at the Sykes facility. In 1911 a Sykes log school house was built just a short distance to the northeast of the post office & store. Sometime in the 1911-12 period, Jake (Banjo) Moore constructed a combined store/dance hall building in the growing town of Sykes. To further advance the town's prospects, William O'Shaughnessy moved a printing press from Boyes to Sykes and published what turned out to be the only edition of the Sykes Democrat newspaper on December 6, 1917. As reported in this issue of the Sykes Democrat: "Work will start on the first of next week on a garage building 28' by 50' in Sykes. George Farwell and Horace Hardy will be the proprietors and will have a first class repairman to look after all car troubles." Figure 1 is a 2017 photograph of the remains at Sykes, Montana. The photograph in Figure 2 shows two historic pieces of lead typeset from the 1917 Sykes Democrat that were detected and uncovered at the Sykes site in 2017. During its heyday, Sykes functioned as an essential post office, a basic supply point, a general meeting place, a central site for celebrations like the Fourth of July, and a location for popular community dances. The Hardy's sold their store to Louie Richmond in 1919 and Mr. Richmond moved the building east about three-fourths of a mile to his ranch and operated the store until closing it in 1922. Hudy and Laura Harvey operated the Sykes Post Office at the Richmond place until it was closed on June 15, 1923 by the U.S. Postmasters Office because of insufficient patronage.

Mr. and Mrs. Ben Gross opened their Belltower store and gas station in July 1917. Its initial location was on the south side of Sandcreek Road and near this road's junction with the current Belltower mail road. In the summer of 1918, the store was moved to a new building located on the proposed site for the new town of Belltower. The Gross's added a dance hall to the store building and applied for the establishment of a U.S. post office. Malinda Gross was appointed the official U.S. postmistress on May 22, 1918. Discouraged by the slow pace of development at the new town of Belltower, during 1923 the Gross family moved their buildings back to the original store location. A fire on December 24, 1938 destroyed their business structures along Sandcreek Road. Mr. and Mrs. Gross then constructed a new large building for the store, post office and gas station. The recent photograph in Figure 3 was taken at the location of the B.B. Gross store, post office and gas station. In the fall of 1941, Ben Gross sold the building to John Arnold who operated the store and post office for a short time before moving the building to a location near the Chalk Buttes and then to Ekalaka. The Farwell family ranch house along with its historic contents tragically burned to the ground in 1961. Sherrill & Clara F. Farwell purchased this Gross/Arnold building and moved it from Ekalaka to the ranch where it was remodeled into a replacement ranch house. Hence, this sturdy building completed a full circle of travel before becoming the ranch home of Sherrill & Clara F. Farwell from 1961 to 1997. 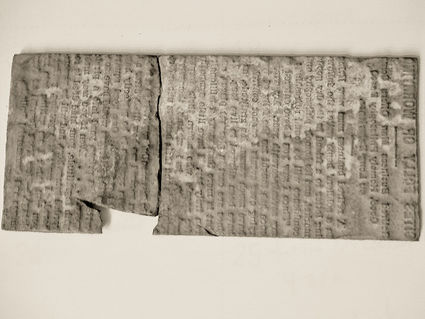 Emil & Anna Brice claimed a homestead in 1913 about a mile from the east side of Box Elder Creek and constructed a house there in 1914. They started a small general store in a portion of their home in 1925 and later added a gas pump and a cream testing station for the Tri-Valley Creamery in Ekalaka. The front of the Brice store is captured by the photograph in Figure 4. Mr. & Mrs. Brice subsequently sold their business to Rex Forman, who then obtained a designation from the U.S. Postmaster for operation of the Belltower post office at his location near the junction of Sandcreek Road and current HWY 323. Mr. Forman sold the Belltower store and post office in 1945 to Joie & Marie Curry. The Curry family operated the store and post office for about a year and then they sold to Sam Calvert who ran the store and post office until approximately 1950. Melvin & Olive Odell purchased the facility from Mr. Calvert and operated the store and post office for a few years before selling it to Harvey Coons. The U.S. Post Office discontinued the Belltower mail service in 1953, which marked the end of the last store and post office in Sykes-Belltower. The photograph in Figure 5 shows portions of the concrete foundation for this former Belltower landmark and offers further evidence that the only constant thing in life is change.