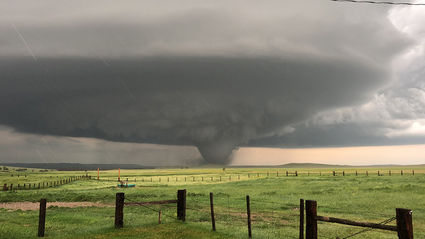 After thirty years of work, everything was gone in 7 minutes, Julie Davis said. A tornado touched down south of Camp Crook Thursday night, destroying one home on Doug and Julie Davis' property. No one was injured during the storm.

The National Weather Service confirmed four tornadoes in Harding County and another four in Carter County June 28. The tornado on the Davis' property was estimated to have had 138 mph winds and, as it caused its most significant damage, an EF-3 rating.

The destroyed home was an occupied rental property. The inhabitants took shelter in the basement and their dog s...