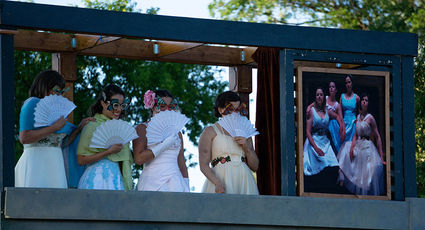 "They have been at a great feast of languages and stol'n the scraps." So says the page to his illiterate friend, watching the writing-men at work. In "Love's Labour's Lost," the scholars are quickly revealed as fools. King Ferdinand and his court swear off women in favor of study, and they are quickly forsworn when the quick-witted Princess of France and her alluring entourage arrive on ambassadorial duty.

That opening quote is from early in the play, and it seems meant mostly in jest, to poke fun at the academy and chip away at the foundations of the ivory tower. Even so, it seems to sum u...