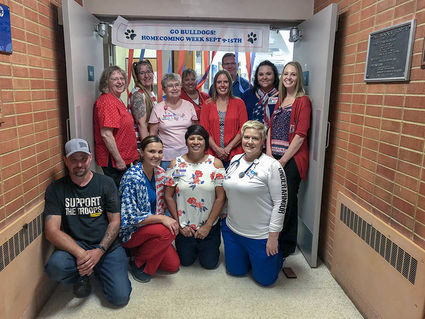 In January, the Eagle reported that the most recent plan for a new hospital was to build on the old Elementary school site.

Recently, county commissioners passed bond language. It will be presented to the public in the form of a bond election in the General Election held this November.

The bond amount has been set at $15,110,000.00, and would be used for "the purpose of paying the costs of designing, constructing, equipping, and furnishing on property located at the corner of East Park Street and Central Avenue South in Ekalaka or other acceptable site a new Dahl Memorial hospital to be owned and controlled by the county, and which may be leased in accordance with law, to provide a hospital facility that will include long-term care, patient rooms, a main nurses' station, a laboratory, radiology, emergency department, and administration and accounting offices, and a clinic with office space, exam rooms, and a nurses' station, and, if bond proceeds are available, physical therapy and pharmacy; site improvements and related improvements and costs; and paying costs associated with the sale and issuance of the bonds."

Bids for construction of the building would go out in April of 2019 with completion scheduled for July of 2020.

Details of the bond and building will be discussed heavily at the annual membership meeting for Dahl Memorial Healthcare Association, scheduled for Thursday, September 20, 6 p.m. at Carter County Events Center. All citizens of the county are encouraged to attend. In addition to the building project, there will be a report on activities that took place throughout the last year and employees will be recognized for their valuable service to the community.

Anyone who is not an association member and would like to join can purchase a lifetime membership for $10 prior to, or at the meeting.