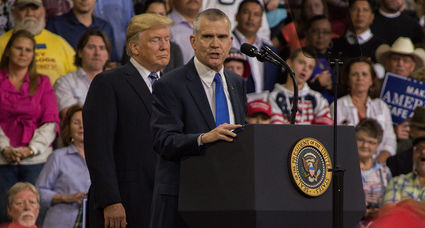 In a small room at the back of a historic hotel in Whitehall, Mont., Republican Matt Rosendale told a crowd of about 30 people he's not worried about a Democratic groundswell this election cycle.

"I keep telling folks, the only blue wave I think is going to blow ashore is going to be in Hawaii somewhere," Rosendale said. "We got a red wave coming through here."

Dressed in an MSU Bobcat polo, the U.S. Senate hopeful and current State Auditor made his way around a large conference table, shaking hands and chatting with former fellow state legislators.

He stressed many of the big themes of hi...