By Sabre Moore and Theresa Howie 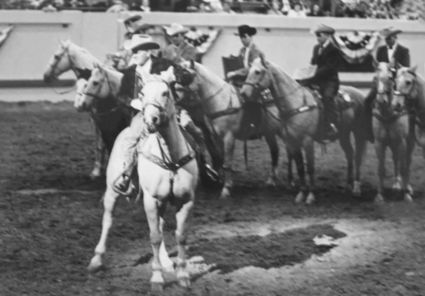 photo courtesy of the Tooke family

Feek Tooke about to accept the NFR Bucking Horse of the Year for Sheep Mountain, just minutes before he suffers a fatal heart attack in 1968.

The Carter County Museum will be showing two previews of the documentary film "Feek's Vision" on December 19 and 20, 2018 at 6 p.m. This footage will air during the National Finals Rodeo and the museum's showing in Ekalaka will give those who do not have a chance to get to Vegas an exclusive preview of the film.

Chandler Earl "Feek" Tooke moved to Ekalaka in 1913 and began raising and training horses on the family ranch. He has been hailed as the "Henry Ford of the bucking horse industry" and was inducted into the PRCA Hall of Fame in 2008. Tooke bucking horses began their lives right her...