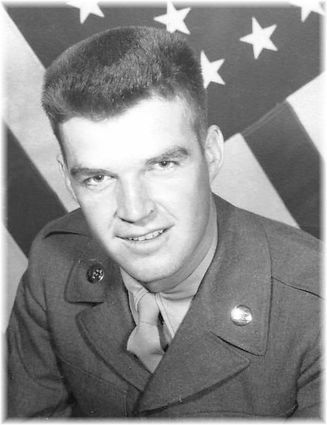 Wallace Richard Lee Stieg (Wally), beloved husband of Marie Stieg for 61 years, telecommunications pioneer, avid golfer, and dedicated family man, died on December 22, 2018, in Forsyth, Montana. He was born in Richardton, North Dakota, to Robert and Isabel (Murray) Stieg on March 18, 1931, and grew up on the Robert Stieg homestead in Ekalaka, Montana.

His wife and daughters remember him as the 6'4" James-Garner-handsome man they could always find in a crowd. He was religious, morally conservative, and traditional, but loved his three daughters, who didn't always share his views. He frustrated them by asking why they couldn't act like ladies, and, on the other hand, insisted they all get at least one college degree. When they were little, he sang country western songs and pop hits by singers like Doris Day, while playing the guitar, steel guitar, piano, accordion, and harmonica. When coerced by his wife, Marie, he would free-hand draw beautiful pictures, write wonderful poems, or compose eloquent letters and speeches. His handwriting and prose was so beautiful, one of his daughter's teachers questioned whether it really was her dad who wrote the note.

His grandchildren remember him for how much he loved them; his nicknames for them; his ability to build things; the times he was at their games and significant events in their lives, cheering them on, paying up because of their improved swim times; fishing; boating; and offering his recreational vehicles as sleeping spots for countless team members.

His work colleagues remember him for his work-ethic and vision. He managed two rural telephone cooperatives and was at the forefront of emerging technologies in the telecommunications field, including maintaining early warning systems near Lewistown, Montana, as part of the United States' missile defense systems during the Cold War years.

He moved subscribers of his rural telephone cooperatives to fiber-optics technology significantly ahead of the pace of the larger telephone companies. Consistent with his strong belief in the importance of equal educational opportunities for everyone, Wally was instrumental in establishing affordable distance learning capabilities for rural schools served by Range Telephone thereby allowing student access to the wide-variety of educational opportunities available through the internet. He was a founder and board member of Colorado Cellular, Inc. (CCI), which was formed in 1984 to "exploit the divestiture of AT&T and capitalize on the ... profit potential of the cellular phone market," which wouldn't start to come into existence until the FCC began issuing licenses starting in 1985. CCI went public in 1986 and eventually was purchased by Verizon. CCI's 1985 business plan included the following description of Board Director Wallace Stieg:

"Mr. Stieg is a director of CCI. Since August 1982, he has been the general manager of the Range Telephone Co-op in Forsyth, Montana near Billings. He has over 25 years of telecommunications experience in the operation, maintenance, installation, and engineering of rural telephone plants and associated facilities. After serving in the Korean War, he began his career in 1954 at Billings, Montana as a consulting engineer with Associated Engineers, Inc., where he was involved in the design and installation of power and communication systems. In September of 1961, he accepted employment with Mid-Rivers Telephone Company, an independent telephone company in Montana. He has held a variety of positions, moving up the ranks from technician to supervisor then to administration and management. He is presently the secretary-treasurer for the Colorado Independent Telephone Association."

Wally resigned as the general manager of Range Telephone on April 1, 1994, but continued with Range as the Executive Director, Special Projects to establish a subsidiary called RT Communications to purchase 16 telephone exchanges in Wyoming. He retired from this position on July 24, 1996, after shepherding through these telephone exchange acquisitions from US West and Dubois telephone companies.

During his 42-year career in telecommunications, Wally was a member and leader in several telecommunications industry associations. In addition to serving as the secretary-treasurer for the Colorado Independent Telephone Association, he was a member of the National Telephone Cooperative Association (NTCA) for over 30 years and a member of the Montana Telephone Association of Independent Companies for over 25 years. He was appointed as an NTCA Committee member in 1998 and received the 1988-89 and 1990-91 NTCA Excellence in Leadership Awards for his commitment to telecommunications and organizational leadership education. He served as a Director of the Rocky Mountain Telephone Association (RMTA) from 1988 through 1990 and was its 2nd Vice President from 1990 through 1991 and its President in 1994. He was the RMTA convention committee chairman for its 1991 convention and one of its featured speakers.

Wally enlisted in February 1953 during the Korean War and served in the U.S. Army Engineers as an Engineer Supply Sergeant until he was honorably discharged in March 1955. He earned a commendation medal.

Wally's long-time friends remember him for his wit (which remained until the end), his honesty and decency, and his love of golf. Wally also enjoyed camping, fishing, boating, playing cards, reading, and waterskiing. He and Marie are members of Concordia Lutheran Church of Forsyth.

Services were held on December 29, 2018, at Concordia Lutheran Church located in Forsyth, Montana. In-lieu of flowers, donations may be made to Concordia Lutheran Church (mailing address P.O. Box 1258 Forsyth, MT 59327-1258) or to the Lewy Body Dementia Association (online at https://www.lbda.org/go/honor-and-memorial-gifts or by mail to Lewy Body Dementia Association, 912 Killian Hill Road, S.W., Lilburn, GA 30047), or the charity of your choice.