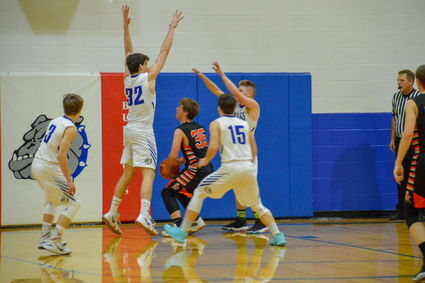 CCHS was tied with Jordan at the start of the fourth quarter in Ekalaka on December 21 but struggled on offense late, losing to the Mustangs, 57-63. Jordan was able to shoot free throws well enough at the end of the game to go home with a victory. Mick O'Connor was a force inside the painted area and led the Dogs with 29 points. Keenan Murnion of Jordan finished with a game high 30.