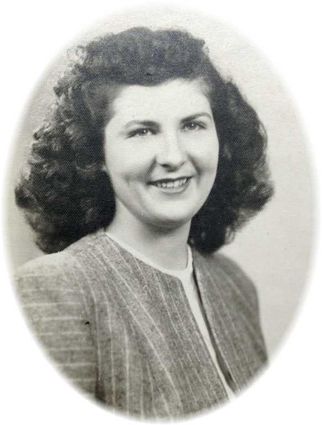 Irene L. Gardner, age 90, of Broadus formerly of Hammond and Belle Fourche passed away on June 21, 2019 At the Holy Rosary Hospital in Miles City.

Irene Lenore Lakson Gardner was born on March 8th, 1929 in Lead, SD, the first daughter of Albert and Martha (Palo) Lakson. The family had a farm in the Fruitdale community and was surrounded by many neighbors and extended family predominantly with Finnish roots. A few years later a sister, Phyllis was born. Martha and Albert came from large families, her childhood was filled with family gatherings of cousins, aunts and uncles in Fruitdale, Snoma, Vale, and Nisland communities. Irene attended grade school at Fruitdale, and graduated from Belle Fourche High School. She attended Brookings University (SDSU) where she met her future husband, Edwin Gardner. They were married in Belle Fourche on May 15, 1949 when Edwin returned from Japan after serving in WWII. They moved to the Gardner Ranch with Edwin's parents, Clarence and Peggy (Brandeberry) Gardner raising sheep, cattle, pigs and kids. Irene was busy on the ranch and her family was the center of her life. She was involved in the community at Hammond/Boyes, member of the Boyes Community Club and was president and her number one agenda was building the club hall, member of the Woolgrowers and later Stockgrowers, a 4-H leader and Gourmet Club. Irene was a charter member of W.I.F.E. traveling all over the state promoting agriculture. She was a founding member of the Montana Ranch Beef, and Worthy Matron of Eastern Star.

Irene was a fantastic cook and she cooked for many a hired man and usually had extras at her table. She could help out anywhere on the ranch and still care for her family. When the REA brought electricity in the mid-1950's, she was so grateful. They built a new house in 1963 which housed her growing family. In 1965 they bought a house in Broadus when Sue Anne started high school. Irene and the 5 kids lived there during school, returning home on the weekends and summers. Edwin and Irene moved to Belle Fourche in 1988 to be closer to her aging parents. While living in Belle she was involved in several bridge clubs, one was with only Finnish speaking ladies and it would cost money if you spoke English. Irene joined the Questors, Beta Sigma Phi, Antique Club, PEO and was on the Tri-State Museum board and volunteered at the library. Her family joked if you didn't get on her calendar early you may not see her if you just showed up. She loved being involved in her community, whether it was in Hammond, Broadus or Belle Fourche. If you were at her home, the coffee was on and she welcomed you to share a cup and visit. Irene loved to shop for antiques and her home was filled with many treasures but the greatest treasure to her was her family, young and old.

Irene is survived by her children, Sue Anne and JR Iman, their children Gretchen and Mark Svee, Trevor Iman; David and Pat (Phillips) Gardner and their children, Josh and Misty, Tyler and Kelli, Todd and Nicole Gardner; Doug and Kerry( Kaufmann) Gardner and their children ; Ren and Tiffany, KayCee and her fiancée, Chase Moore, and Myles Gardner; Greg and Lynn( Gordon) Gardner and their daughter, Brittney and Wacey Cathey and Julie Kilty and David Bartlett and children, Brennan and Amanda and Kyle and Taryn Kilty. Irene's great grandchildren, Vivian and Isaac, Britta and Aspen; Libby, Ellie, Shelbi, and Kendal; Carson, Cooper, Colton, Clay and Harper; Addison and Jamison; Zoe, Lakson and Kerry Dee. One sister, Phyllis Lakson Brudus and her family and cousins.

Irene was preceded in death by her parents, her husband Edwin, one son in law, Kerry Kilty, one grandson, Geoffrey Gardner, her nephew, Mike Brudus and numerous aunts, uncles, nieces, nephews, cousins and extended families. Memorials may be given to the Boyes Community Club, Belle Fourche Museum, or Powder River Manor.

A funeral service was held on June 25 at the Boyes Hall in Boyes, MT. Interment will be at the Sonoma Cemetery. Should friends desire condolences can be made to the family by visiting stevensonandsons.com.