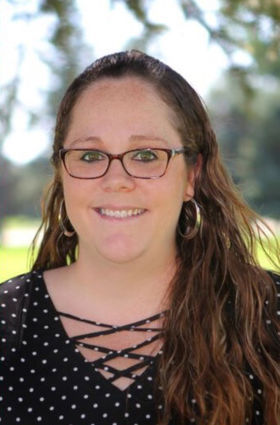 Dahl Memorial Healthcare Association is thrilled to announce the addition of another healthcare provider! Alex Loudermilk, a Family Nurse Practitioner (FNP), will be starting on August 2 and will be working in the clinic on Mondays and Fridays.

Loudermilk was born and raised on a ranch near Mill Iron and graduated from Carter County High School in 2003.

She then moved to Billings and graduated from Montana State University with her Bachelor's Degree in Nursing in 2007. Loudermilk worked at St. Vincent Healthcare as an RN for 8 years in various areas including Med-Surg/Neurology, Orthopedics, Cardiology, and some in Pediatrics and ICU.

Loudermilk and her husband, David, along with their two children moved back to Ekalaka in 2015. She then spent 2.5 years working at Dahl Memorial as an RN as she was in school working to obtain her Master's Degree in Nursing as an FNP. She graduated from Georgetown University in Washington DC in May of 2018 and has been working at OneHealth in Miles City since that time.

Loudermilk works with patients of all ages and conditions. However, she is most passionate about woman's health and ensuring the elderly live their lives to the fullest!

Loudermilk is eager to get back to her roots and work in the community she calls home. Call Dahl Memorial Clinic today, at 406-775-8738, to get on the schedule!