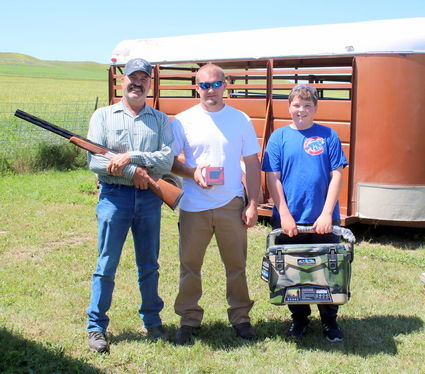 Doug Bonsell, Buck Kratzer and Aidan Wyrwas were all winners at the Beaver Creek Rendezvous Charity Shoot on July 20 in Ekalaka.

Weather cooperated during the inaugural Beaver Creek Rendezvous Charity Shoot on July 20. Shooters competed in a standing 100 yard scoped target shoot and a standing silhouette target shoot with a scoped .22 rim-fire rifle. There was also a competition for participants between the ages of 12 and 17 as well as a game shoot.