Dogs down Dogies in return to 8-man 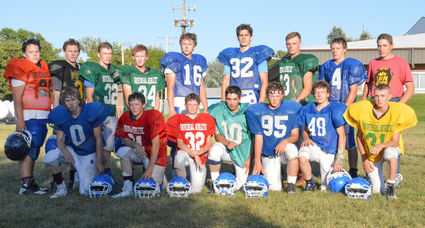 The Bulldogs' return to eight-man football started with a win in Forsyth last Friday. There are sixteen players on the team this year, but only 13 were suited up for the contest.

Throughout the game, the Bulldogs moved the ball effectively on the ground. Only once were they forced to punt. However, untimely turnovers in the redzone kept the game close. On the opening possession, the Dogs drove the length of the field, chewing about six and a half minutes off the clock before scoring. Their two-point conversion was unsuccessful.

The Dogies scored on their first possession in only a few play...