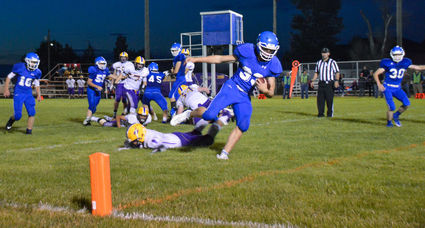 On their first possession, CCHS drove the length of the field, eventually scoring on a seven yard run from Turner Tooke. A completed pass from Tooke to Mick O'Connor on the conversion gave Blue an early 8-0 lead. Later in the first quarter, Tooke scored again, this time from 9 yards out.

One of the Cowboys' only bright spots in the game came in the final seconds of the first quarter when...