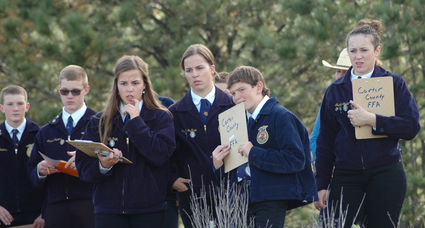 Carter County chapter members reported that it was a fun day of competition and seeing friends. The chapter thanks alumni for the outstanding job they did putting on the contests and everyone who helped make the day successful. They are now looking forward to hosting winter districts in January. 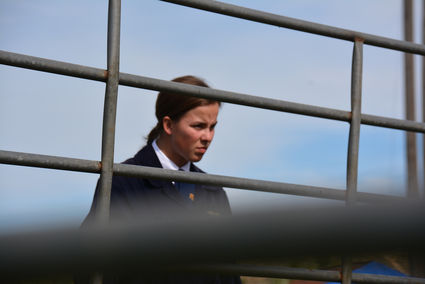 Heather LaBree studies a class of bulls to place them and prepare for her reasoning during the District FFA competition in Ekalaka last week.