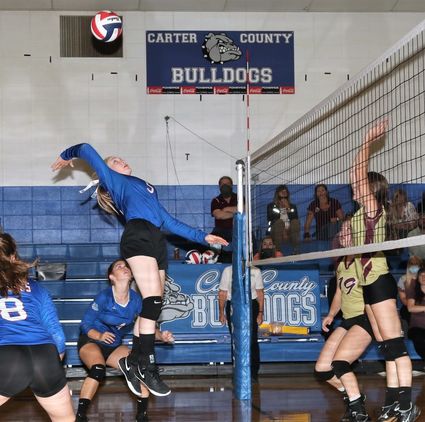 Kenzie Tooke spikes the ball during the Lady Bulldogs' game versus the Wildcats on Saturday in Ekalaka.

The girls' next games will be in Baker on Saturday. A JV match is sc...