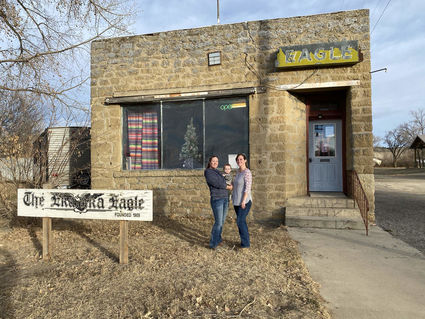 "I didn't know what I wanted it to be, but I didn't want it to be torn down," Sarina O'Connor told the Eagle on Tuesday.

O'Connor was referring to the old stone building located at 102 Short Street in Ekalaka.

On March 24, 1925 construction began on that stone building in Ekalaka. By July 8th of that same year, the first issue of The Ekalaka Eagle had emerged from it. The stone structure was built from local sandstone blocks by stone mason Nick Folak, with other materials supplied by Lantis-Rickard Lumber Co.

Folak built several stone buildings in Ekalaka and around the county. Most of whi...