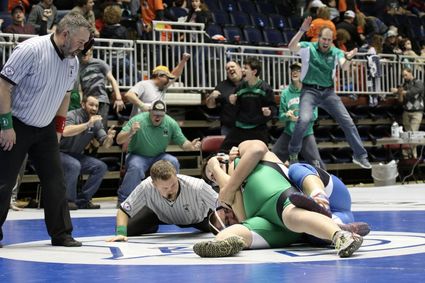 Riding horseback on his sprawling ranch to check livestock, Charlie Williams' thoughts will wander toward his wrestling team.

"I'll be out there thinking about strategies, different philosophies," said the Alzada rancher who doubles as the head wrestling coach for Moorcroft High School across the state line in Wyoming.

Same when he's climbing into his rig in the early afternoon for the 70-plus mile drive to Moorcroft. Williams makes the drive at least five days a week from November to the end of February.