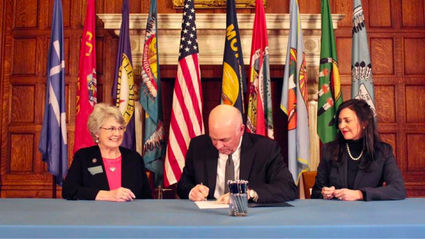 Gov. Greg Gianforte has officially ended the state's long-standing practice of allowing citizens to register to vote on Election Day, a change he said will help preserve the integrity of Montana's elections, but that critics have decried as a blatant attack on voter rights.

Under House Bill 176, which Gianforte signed into law Monday, Montana voters will now be required to register no later than noon on the day before an election. Gianforte also signed Senate Bill 169, meaning any voter who does not have a government-issued photo ID or a state concealed carry permit must produce two forms o...