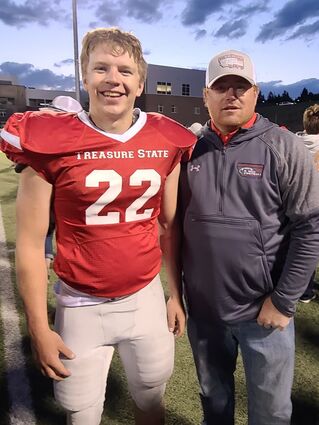 The 8-Man Bob Cleverley Class C All-Star football game took place on June 5 in Butte. One Carter County High School player, Jared Pardee, represented the Bulldogs in Butte alongside Head Coach Tenadore Kittelmann. Kittelmann and Pardee were on the winning side as the Red team defeated the Blue team, 34-28.

Playing on the Blue team was Kittelmann's cousin, Tucker Johnstone (son of Justin and Kris Johnstone) from Park City. When asked about the chance to coach against his cousin one last time at the all-star game, Kittelmann replied with three words, "better bred red."