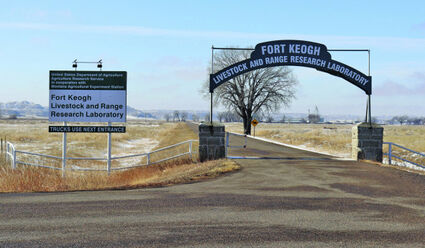 Fort Keogh was established in 1876 and has since developed into a research area.

The Fort Keogh Military Reservation was established by the US Congress on July 22, 1876.

According to the US Department of Agriculture (USDA) Agriculture Research Service, following the deaths of Colonel George Armstrong Custer and Colonel Myles Keogh, General Nelson A. Miles was sent to the area with orders to establish a fort. Where the Yellowstone and Tongue River met was considered a strategic site to conduct a military campaign against the Indians.

By the 1880's most tribes surrendered and were moved to reservations. In 1907 the infantry troops were removed. The fort became a remount s...