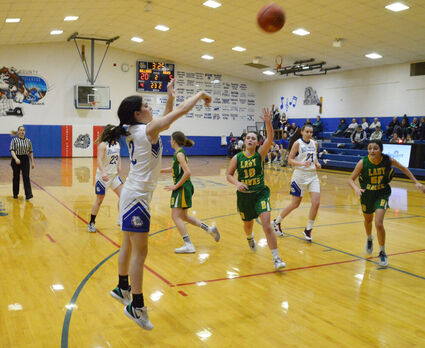 The CCHS Lady Bulldogs picked up a conference win over Custer/Hysham at home on January 20th. The girls got off to a slow start but slowly pulled away for a 16-point victory. Buckets were hard to come by for both teams but CCHS managed to get off 21 more shots than the Rebels, due in large part to the girls getting 20 steals at a team. CCHS shot 19 of 59 from the field and made only 6 of their 19 free throw attempts. Nasya O'Connor led CCHS in rebounds with 6.