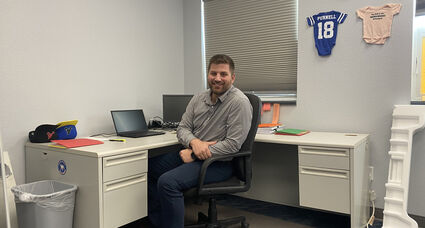 Ekalaka Public Schools Principal Brian Purnell has been working in education since 2006.

Purnell grew up in the cattle ranching town of John Day, Oregon, a town similar in size to Baker. He finished high school in 2001 and then attended Corbin University in Salem, Oregon, graduating with an elementary education degree in 2006.

He told the Eagle on Wednesday that he played baseball for four years at Corbin, and that it helped pay for his schooling. Purnell is a big time sports fan, and as far as baseball goes, is an Atlanta Braves fan. In college he played multiple positions on the diamond,...