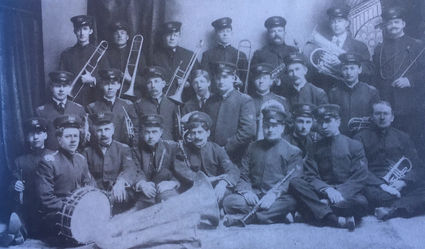 The 1909 Missoula City Band poses for a picture.

Note: This is excerpted from "The Missoula City Band: Stories in Time."

By the mid-1890s, the City Band had emerged as the default 'go-to' organization in town for civic events. By 1894, it played at virtually every public function. On Oct. 17, 1894, Republicans opened their campaign at the new Bennett Opera House (across the street from the now razed historic Missoula Mercantile) with "the blaze of bonfires, the boom of anvils, and the melodious and stirring melodies by The Garden City Band." Also that year, the band took part in an event to support Anaconda as the state capitol. The even...