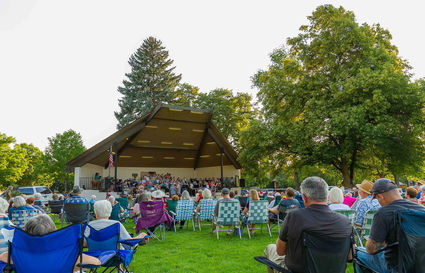 The Missoula City Band and Community Chorus put on a joint concert.

Note: This is excerpted from "The Missoula City Band: Stories in Time."

By the end of the 19th century, the Garden City Band had improved enough to perform evening concerts regularly. They also found themselves accompanying fraternal organizations like the Modern Woodmen of America to conventions, playing in July 4 parades, following ball teams "up the 'Root" [the Bitterroot Valley] and continuing their annual performances at the fair.

In April 1904, the band initiated the new season when 23 members turned out. Local businessmen provided the band with ample financial backing. A constituti...