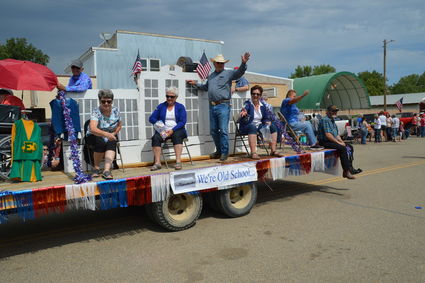 The CCHS Class of 1969 took first place in the class reunion category of the 2019 Days of '85 parade with their "We're Old School" float.

Judges had a difficult time picking winners upon conclusion of the 2019 Days of '85 parade due to a large number of entries. The parade was one of the finest in the last several years. Fulton and Betty Jo Castleberry were this year's parade marshals.

The competition for best class reunion float this year was tight. The CCHS Class of 1969 won the category with their float "We're Old School." Aboard the float was a miniature replica of the old CCHS high school.

The class of 1979 took second with their "Salute to Mr. Tuggle" float.

Much to their dismay, the CCHS Class of 1977 took third place...