Bosses of the toss 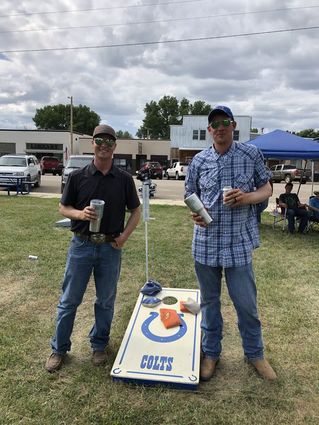 Ches Meyer (left) and Ryan Bruski (right) won the bean bag tournament that was held during this year's Days of '85.

Fourteen adult teams and two junior teams competed in an inaugural bean bag tournament on Friday during the Days of '85. The tourney was held on Main Street and was hosted by Ryan and Abbey Bruski and Dawg House Pub. Organizers were pleased with the tournament turnout and hope to see more participants and spectators next year.

This year's winning team was composed of Ches Meyer and Ryan Bruski.