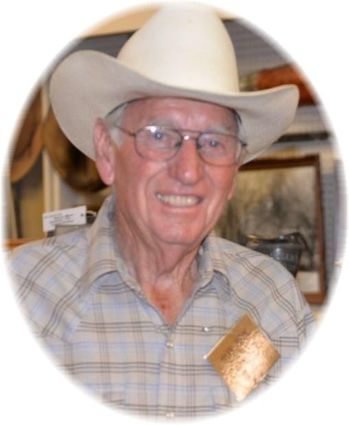 Ronald Leroy Talcott was born on November 4th, 1936 in Trinidad, Colorado, the oldest of three sons born to Margie & Louie Talcott. They moved to Montana in 1947 where he and his brothers attended school at Hammond & Boyes. Ron was able to attend high school in Broadus by boarding in town where he participated in sports & other school activities. Twila Jo Chiesa & Ron Talcott married in 1956 & treasured nearly 64 years of loving companionship. They made their home in Broadus where they raised their two children, Duane & Jody.

Ron was fully involved in his children's lives & happily included the kids' friends in activities & on excursions. His heart grew with the expansion of his family, welcoming his daughter-in-law, Debbie & son-in-law, Wayne. When grandsons Joey & Chase Talcott came along he was delighted in being a part of their everyday adventures. Ron celebrated with his grandsons as they married & brought into his fold granddaughters-in-law, Beth & Shanna. Then came the great grandchildren. Oh my what a joy they brought, Scarlett, Millie, Porter, & Kane! Whenever you were at Ron & Twila's, Ron would always have the latest pictures of their cherished great-grandchildren less than a reach away and would proudly tell you about each one.

For over 30 years Ron was manager of Cal-Gas & then owned his own propane company, Ron's Propane, for 10 years. He had developed a deep appreciation for Powder River County & its residents while delivering gas in the early years and always wished he had recorded or written down their stories. "Ronnie's" visits were anticipated, and he was often invited in for a meal or a piece of pie by those he called his "warm" friends. He also enjoyed taking his grandsons on occasional service calls.

During that time, Ron & Twila were also involved in farming and ranching. Ron enjoyed the peaceful solitude of milking the cow each morning before breakfast and starting off to the propane company job. Duane & Jody benefitted by having the best of both worlds- the town & school activities & the satisfaction of hard work well done. Duane and his wife Debbie joined in expanding & running the ranch operation in the mid 70's and, Jody and Wayne often help with working livestock. Later, grandson Chase joined the ranch, adding mechanical skill & youthful energy to the 3-generation ranch. Grandson Joey takes the opportunity to come from Alaska and help as needed. Ron spent countless & priceless hours teaching his grandsons all he knew about irrigating, farming, hard work & being a gentleman.

Jody & Wayne live in Gillette, Wyoming and have a successful survey supply business. They come to Broadus to help with ranch work often.

While running a business and ranching with family, Ron also found time to be a volunteer fireman, committeeman for Farm Home Administration, Powder River Conservation District supervisor for over 50 years, Broadus City Councilman & later Mayor for 2 terms, Chairman of the County Weed Board for nearly 50 Years, Bank Director for Powder River County Bank & later Rocky Mountain Bank, Member & Master of the Masonic Lodge & Worthy Patron of the local Eastern Star when Twila was Worthy Matron of that organization. Both Ron and Twila have been active members of the United Congregational Church of Christ for many years and are charter members of the Powder River Historical Society. Ron spent many hours volunteering at the Powder River Historical Museum, and enjoyed meeting new friends and many visitors. He always relished the chance to introduce the grade-schoolers to all we can learn from our history.

If desired, Memorials may be made to the Powder River Congregational Church, Powder River Historical Museum, or the Henry Malley Memorial Library, or to the charity of one's choice.