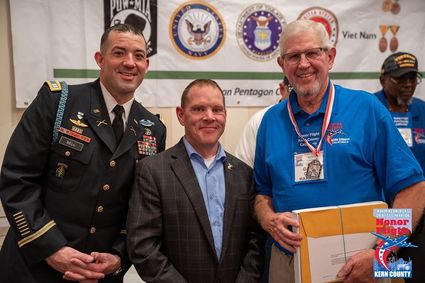 Mr. Harkins was an E-6 in the Army during the Vietnam War. He entered his service in Ekalaka and served from October 1967 to September 1973. Harkins took basic training at Ft. Ord. He served as a forward observer for artillery targets with the 41st Artillery, which was attached to the 173rd Airborne. He was stationed in Vietnam near the DMZ and also in Germany and Korea. He is the recipient of a Good Conduct Medal with 1 Loop and 2 Overseas B...