Two of the new teachers at Ekalaka Public Schools 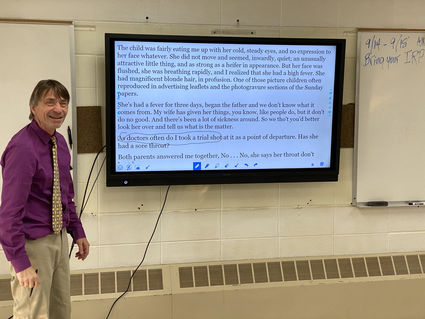 Mr. Daniel Conley is no stranger to small towns, or Montana, even though the new Carter County High School English teacher was born in New York City. Conley is now in his second year teaching and made the move to Ekalaka just before this school year began.

Conley spent much of his youth in upstate New York, in a town about twice the size of Ekalaka. He spent 32 years as a chef before deciding to make a career change to teaching. His first job as a chef was for an Italian/American restaurant, but over the years he became well versed in almost everything.

As a chef, he had the opportunity to...