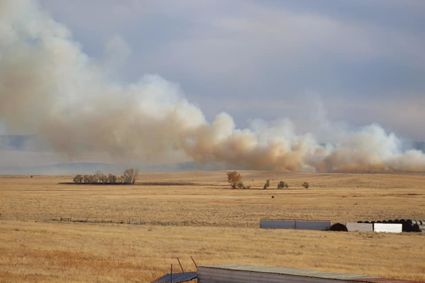 A fire that started on Monday approximately sixteen miles south of Ekalaka on Highway 323 burned 3,177 acres. The fire was aided by high winds and jumped the highway, making it to Box Elder Creek. Four different producers had land burned. The fire was about six miles long and one mile wide.

The human caused fire was called in at 2:45 p.m. and was contained between 9 and 10 p.m. that night. The hand crew stayed until Wednesday morning. Carter County currently remains under Stage 1 fire restrictions.