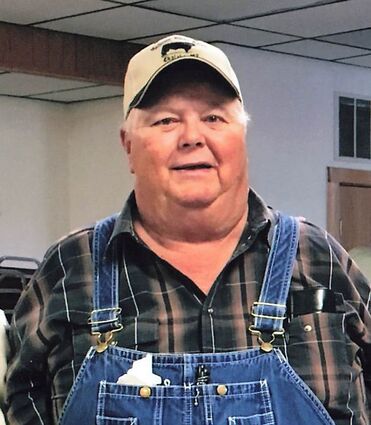 Kenny attended Prairie Rose School thru the 8th grade then attended Baker High School. While in high school Kenny, Butch and their dad built the Meccage dam on the place and was stocked with trout by the Fish and Game. There was fishing on the dam for years by Kenny's family and many others.

Kenny married his high school sweetheart Peggy Koenig, January 18, 1963. It was -18 below, snowing and blowing that day. He almost missed the ceremony and had to be plowed out to make it to town. Together they spent the next 58 winters on the ranch. Their marriage was blessed with two children, Mark and Penny who were raised on the ranch and continue to work with them.

Kenny was a life time rancher of the 101 Community in Baker, raising Black Angus cattle. For a couple of years, he and his dad invested in registered Simmental cattle. He also took a side jobs of custom combining, installing the telephone line in the 101 Community with the Telephone Company and Hayden Trucking, hauling cattle during the fall. He started Kenny's Fixet Shop since he could almost fix anything and or as some would say, "He could find those odd items no one else could." He was on the Baker Rural Fire District Board and a fire fighter.

Kenny loved spending time with his family, playing cards at Chimney Creek School, card parties and holiday get togethers. Wood working was a craft he was talented at and loved various species of wood, walnut being his favorite. You could give him a picture and he could build it. Kenny collected old crocks and buckets and never walk by one without buying it.

A memorial will be established for Billlings Clinic in memory of Kenny Meccage. Condolences and