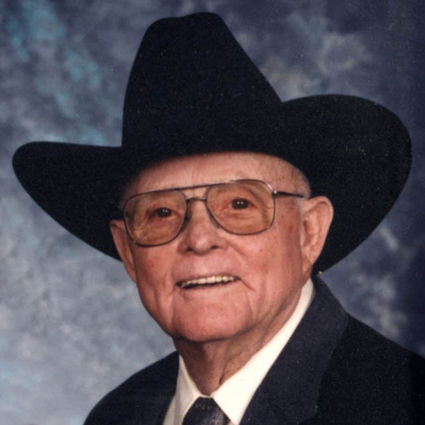 Family received friends on August 30, 2017 at the funeral home.

Argaylon Carl King was born February 7, 1929 in Belle Fourche, SD, the son of Carl E. and Agnes (Brammer) King. He attended school through the eighth grade in various places. He worked with his father in construction before going to work for Mickey Blackford.

While working there, he met Charlotte Mae Burch. The couple was united in marriage on March 27, 1951 in the Ridgeway area, just before Argaylon was drafted into the Army on May 1, 1951, serving during the Korean War.

Their first born child, Carl, was born while he was stateside in South Carolina. After his honorable discharge on May 1, 1953, he returned to Montana and the family made their home in the Ridgeway community where Argaylon worked for R.O. Burch. This is where Dale, Sherrie and twins, Karen and Kyla joined the family.

In 1972, Argaylon and Charlotte became partners with Harry Blair and moved to the Bell Tower Ranch and raised registered longhorns. Their ranch had the largest registered Texas Longhorn herd in North America. In 1983, the couple left Bell Tower and lived in various locations before settling in Ekalaka in 1995.

Argaylon loved to fish and went on many fishing trips with his brother Randy. He enjoyed playing baseball in his younger years. Every morning he could be found playing cribbage with Charlotte to see who was boss. His family meant the world to him and he loved spending time with them; often telling funny stories.

Argaylon was a member of the Ekalaka Masonic Lodge where he served as Master, Ekalaka Sorrell Horse Patrol, and a lifetime member of the Texas Longhorn Association.