Daines honors Montanan of the Week 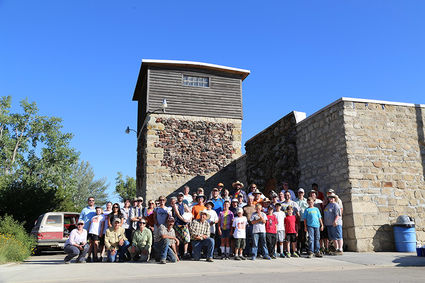 Volunteers, staff, and attendees gather outside Carter County Museum during the 2015 Dino Shindig in Ekalaka.

Through his "Montanan of the Week" initiative, Daines each week will highlight a Montanan by submitting a statement of recognition in the official Congressional Record, the document that reflects the official proceedings of Congress.

Daines welcomes anyone to nominate fellow Montanans for Daines' "Montanan of the Week" program by calling Daines' office at 202-22...