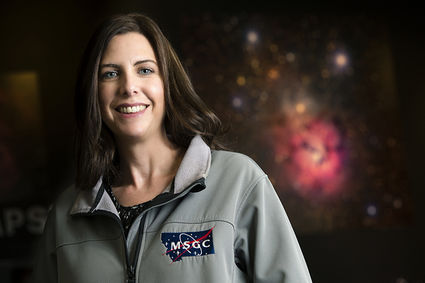 BOZEMAN - A Montana State University researcher has won a national award honoring her leadership role in an unprecedented, hands-on student project that culminated during the 2017 total solar eclipse.

Angela Des Jardins, assistant research professor in the Department of Physics in MSU's College of Letters and Science, received the National Space Grant's Special Service Award at the organization's fall meeting on Sept. 17.

The award was created to recognize her major contribution to the Eclipse Ballooning Project, which she started in 2013.

"It's really meaningful to me that (this award) com...