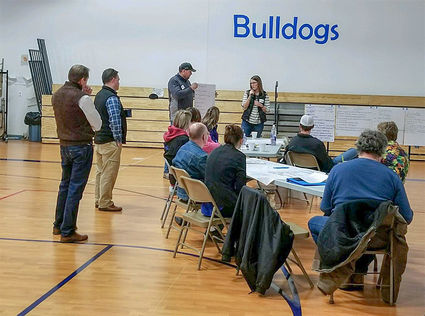 Those people, including students, staff members, board members, and community members, were split into seven tables for discussion.

The groups started off discussing the budget, which, according to Schrock, has remained relatively the same while expenses have continued to rise. State funding has also been cut.

Next, attendees transitioned the discussion to things that the district does well. Some of those noted were the new fa...