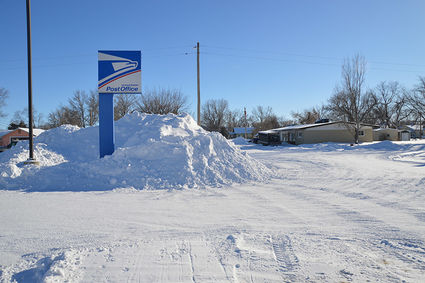 Snow continues to pile up in the area, as visible in this photograph taken outside the post office in Ekalaka on Tuesday.

Through Tuesday, Ekalaka had received 54.2" of snowfall this winter. The average for the area over an entire winter is 44.0". That average will be going up after this year.