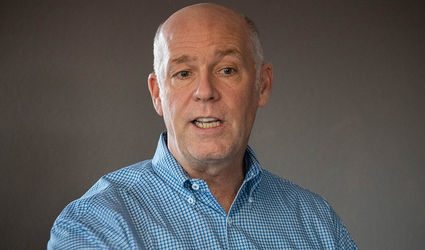 In Missoula's GOP headquarters, surrounded by Republican civic leaders, volunteers and veterans, Congressman Greg Gianforte recently made his pitch for re-election as Montana's only voice in the U.S. House of Representatives.

Organizers called the event a rally, but instead of standing at a microphone and podium at a packed stadium, Gianforte spoke in measured sentences from the corner of an office suite while a few dozen supporters lined the walls and munched on pizza.

Campaigning statewide for the third time in two years, he celebrated the improving economy and detailed his efforts to r...