One state with three changing regions 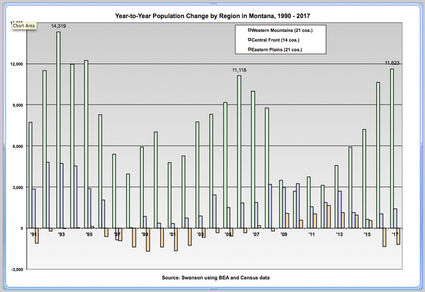 Montana is a single state. But in reality, there are many Montanas – some defined by variations in terrain and vegetation, others by climate and still others by land use and population density. Area economies also vary considerably from one part of Montana to the next.

From east to west, the state splits into two vastly different regions, one defined by rolling grasslands stretching across sprawling plains and the other defined by a large number of forested and interconnected mountain ranges with low-lying valleys and abundant rivers and lakes.

Between this "Eastern Plains" region and "We...