By Rick and Susie Graetz
Department of Geography University of Montana 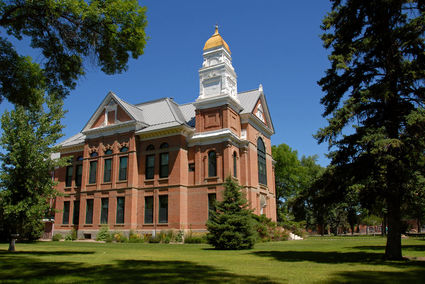 The Fort Benton Courthouse resides in a community founded in 1846.

Fort Benton rests along the mighty Missouri River. Founded in 1846, it's the oldest town in Montana. During its first century, Fort Benton would become a springboard for trade as goods would be offloaded at the navigable end of the Missouri River and transported west by wagon. Flood control and other initiatives in the 1940s rendered Sioux City the new head of navigation on the Missouri, as the Great Northern railroad would become the primary means of transportation to the community. Today, the tracks end just to the south of town, but the sense of history and importance to the area is ever...