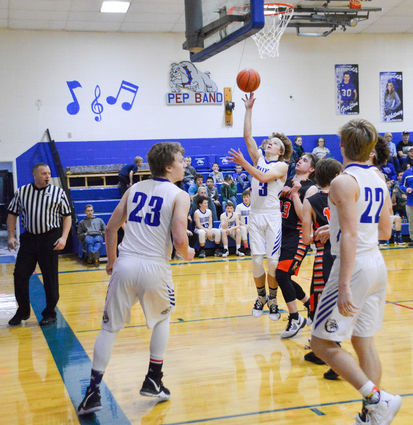 Turner Tooke goes up for a layup during the Dogs' overtime win over Jordan at home last Friday.

Last Friday night at home the CCHS Bulldogs overcame an eight point deficit at the end of the third quarter to force overtime and wound up with a four point victory over the Jordan Mustangs.

The Dogs' defense was paramount in the win, as was their key rebounding late in the contest. Shayne Enos played huge for CCHS. The junior seemed to out-jump everybody in the gym in the fourth quarter and overtime, corralling several offense rebounds and getting putbacks. Five of his eleven points came in overtime.