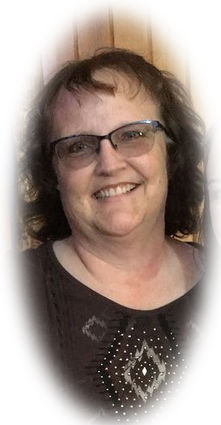 Memorials are preferred to the Alzada Fire Dept. or the Alzada Community Hall.

Friends may view a video tribute and leave written condolences online at: http://www.funeralhomeofthenorthernhills.com

Rita Lorraine Nussbaum was born December 19, 1964 in Belle Fourche. She was the daughter of Howard and Lily (Clark) Nussbaum. Rita grew up in Belle Fourche, where she graduated from high school in 1983. She was united in marriage to Norman Hendrickson, her high school sweetheart, on June 18, 1983 at the First Baptist Church in Belle Fourche. To this union two children were born: Casey and Ashley. Following their marriage, Norm and Rita began their life together in Alzada. Rita was always a hard worker, and immediately began work on their new home, painting and refinishing much of the new place for the newlyweds. Rita always kept up her home and was very intent on keeping a clean and organized house. In 2000, Rita began working for the Post Office in Alzada and since 2008, she has been the Post Master.

Rita was gifted in the kitchen, especially when it came to making pies and chocolate cake. She canned and gardened every year as a devoted wife and mother. She made many memories fishing with Norm in their early years of marriage, and she loved camping with the family. Throughout the past five years of fighting against cancer, Rita always was positive, maintaining a great outlook on life, while taking care of everybody else in the family without any focus on herself. She loved her husband and her family and she will be greatly missed by all who knew her.

Rita was preceded in death by her father and mother in-laws, Norman and Mary Ann Hendrickson; and her niece, Kodi Hendrickson.