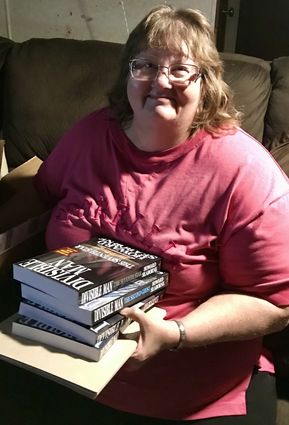 When author Howard Seaborne found out he had a big fan in Ekalaka he autographed each of his six books in the "Divisible Man" series and shipped them off to Deb Stieg. Seaborne added something special in them too, a chapter written with Deb and her husband Terry as characters in a story that occurs in Ekalaka.

The special chapter is not the first time Ekalaka has been written about in the stories as Seaborne's sister, Sue Schneider, lives in Ekalaka. "Divisible Man" is an action thriller with memorable characters. Currently seven books have been released in the series with more to come.