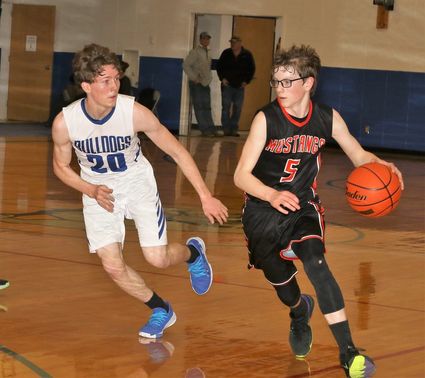 The CCHS boys varsity basketball team lost a close contest against the Terriers in Terry last Thursday. The Bulldogs held a small lead at around the three minute mark in the fourth quarter before Terry went on an 8-0 to end the game. Sean Wolenetz was on fire from long range, tallying fifteen points from behind the arc, but it wasn't enough as the 'Dogs eventually lost by 5.