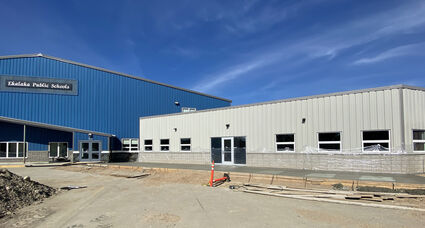 Concrete is being poured this week outside the new connecting wing at Ekalaka Public Schools. The project is now in its final stages. Aside from the exterior concrete, the new building still needs glass for one interior window as well as two exterior doors. School officials are hopeful that they can begin moving into the new offices that are a part of the connecting wing sometime in the next few weeks, pending the completion of the last items on the project's checklist. 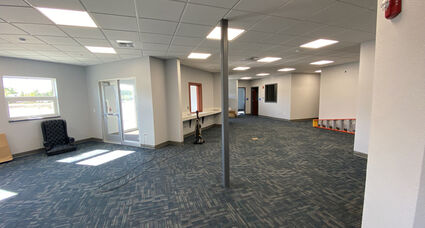 The connecting wing includes four centralized offices and one main entry for the public, as well as a hallway between Carter County High School and Ekalaka Elementary. The offices will be used by the superintendent, counselor, clerk and secretaries. The project began in April and is funded in part by a $750,000 grant awarded by the Montana Department of Commerce Community Development Division.