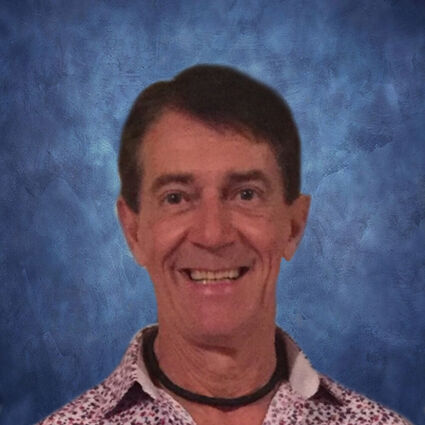 Funeral Services for Dale Boggs, 65, of Baker will be at 1 p.m., Friday, October 1, 2021 at Stevenson Funeral Home in Ekalaka with burial to follow at the Beaverlodge Cemetery.

Visitation for Dale will be from 4 – 6 p.m., Thursday, September 30, at Stevenson Funeral Home in Baker with a prayer service being held at 6 p.m.

Visitation will continue on Friday one hour prior to the service at Stevenson Funeral Home in Ekalaka.

As Dale would always say; "Just hit the high spots." Justin Dale Boggs was born on September 6, 1956 to Donald and Darlene (Elmore) Boggs. Dale was raised on a ranch south of Ekalaka. He learned quickly the value of hard work and respect from his dad and hero Donald. Ma Boggs didn't raise no dummy either. Darlene made sure her kids were always loved. With all of his siblings and friends, Dale attended Hawks Home School up until the 7th grade.

The family later moved into town where Dale attended Carter County High School and graduated in 1974. He loved athletics and the kinship of playing amongst his friends. Dale was humble, but confident. No one was going to outwork him and he was sure to never take a play off.

His passion and skills led him to Rocky Mountain College to play football and baseball for the Battlin Bears. This is where Dale blossomed to become the social lite we all know today. When Dale wasn't studying, he was chasing a familiar girl from Baker; Connie Johnson. After graduating with a business degree in 1978, Dale and Connie were married on August 26, 1978 at Camp Needmore.

After moving to Baker, this union brought three children; Misti, Shye, and Jade. While raising a family, Dale was also starting his insurance career. He loved road trips and delivering policies to his customers. Dale was very proud of his business, but more proud to see his son Jade take it over. In 2016, Dale was able to move onto his other passions. He loved to golf, exercise, and relax in the Arizona sun.

Dale enjoyed music, dancing, telling jokes, and playing the jukebox. He loved his children, especially his grandchildren, and he always attended their events and family gatherings. Dale knew how to make people laugh and lighten the mood. I'm sure many will miss his Christmas Cards; The Boggs Bunch. To "make a short story, long", the memories of Dale will live on.

He is preceded in death by his parents, Donald and Darlene, and his brother Donnie.

In lieu of flowers, memorials may be made to the Cancer Fund, 20 Gardner Road, Ashland, MT 59003, or to the Baker Chamber of Commerce.

Remembrances and Condolences can be shared at http://www.stevensonfuneralhome.com