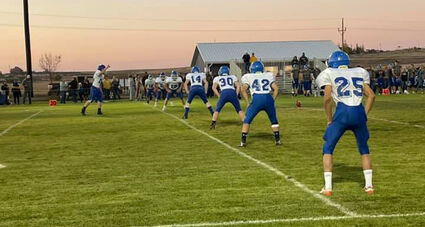 The Bulldogs' record dropped to 1-4 on the season when they fell to the Spartans on Friday night in Scobey. It was the Spartan running attack that really did damage early on as the Bulldogs found themselves down 22-0 late in the second quarter.

Early offensive woes including a few false starts and some missed blocking assignments kept the Dogs from scoring until late in the second when they were able to put a complete drive together.

The Dogs had a 4th and nine deep into enemy territory and ran a pass play. Quarterback Turner Tooke couldn't find an open receiver and scrambled to pick up t...