A message from Mrs. Claus 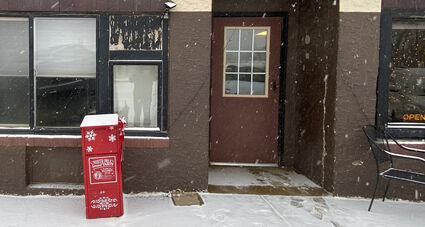 Santa's mailbox sits outside of Stompin' Grounds on Main Street in Ekalaka.

It all began when a local teacher, Mr. Whitney, received a special delivery letter from Santa Claus at the North Pole. Santa asked if Mr. Whitney and his students could make a very special mailbox that would be used just for children to put letters to Santa into. This would ensure that Santa and his elves received the letters as soon as possible.

Mr. Whitney found the old mailbox in the school library, where it was being used as a book drop. He thought it would be perfect to get out of the way and re-purpose it. So, after a couple of coats of primer and some red paint, Mr. Whitney and his...